Knowing that most individuals do not keep the mechanic’s tools in their trunks, their first call to action is usually to call a towing company.

With that said, when you are faced with a dead engine or your car won’t start, do not give up quite quickly. Sometimes the issues are petty and can easily be diagnosed. Different variables can make the car engine not to start. What are these variables? 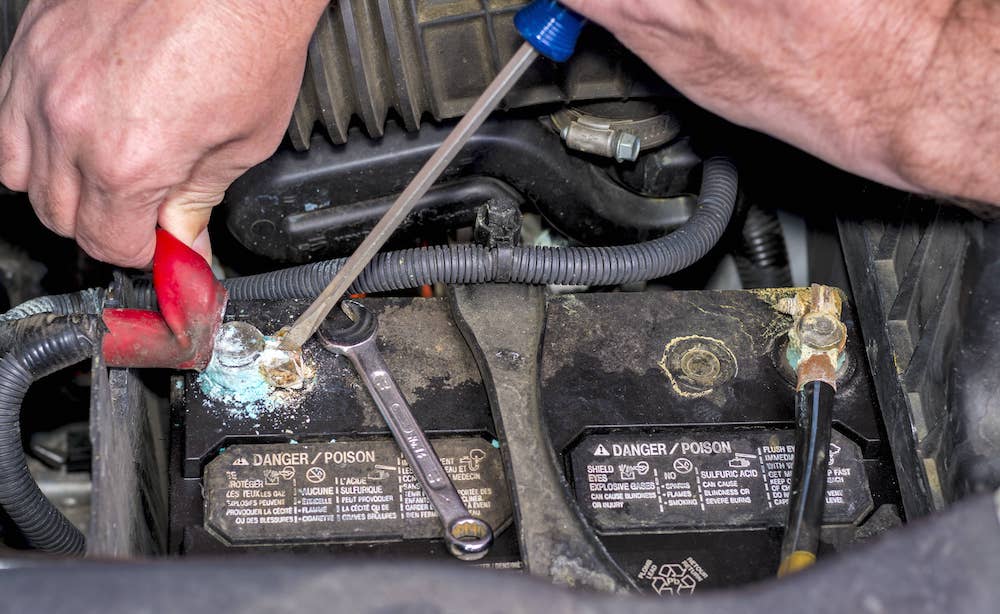 The variables in question include:

How Do I Check My Battery?

Mainly we check for a corroded, dead, or discharged battery. A dead or discharged battery may be caused by a faulty component in the electrical system of the car that drains it off, or when we forget to turn off the dome lights.
In cases of old batteries, it may just decide to give up the fight. However, despite whatever the case might be, a battery cannot start an engine if it is low on charge. Sometimes, when the battery is low on charge, you might hear some clicking sounds or the starter turning slowly while trying to run the engine.

There are few indicators to help you know when your battery is running short of charge:

Checking the Security or Key-shaped Light

In other cases, the sensor in the ignition lock is usually defective and needs to be reprogrammed. For some cars, you do not need an expert to fix the problems; you just have to read your owner’s manual or google how to re-program the key. If this does not work, you can decide to contact your dealer. 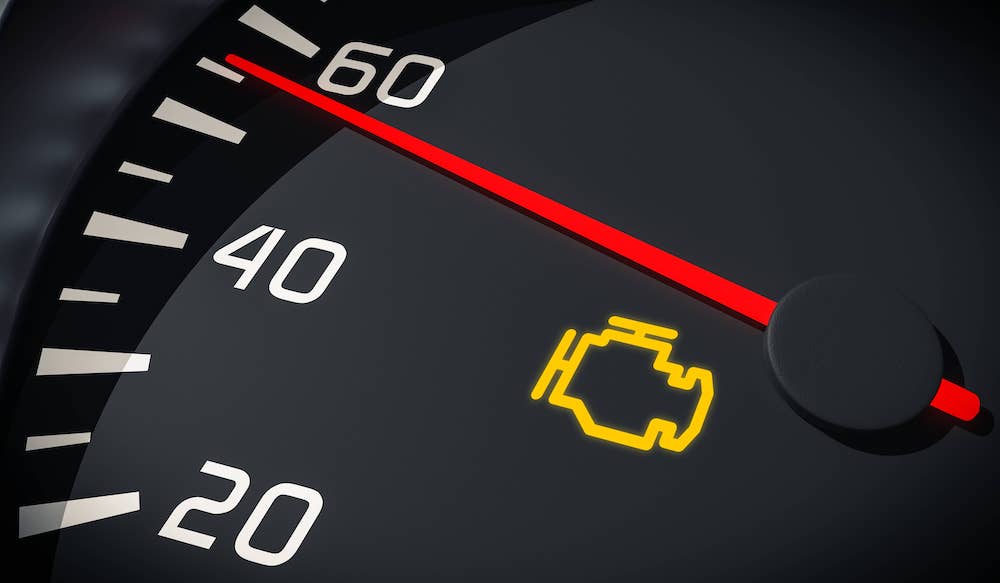 Key Not Turning in the Ignition

There can be several reasons that can make the key not to turn during ignition.

If there is a problem with the key or with the ignition lock, this is mainly caused by the wear of the lock and the critical mechanism over time. You can try by using the spare key, and if it does not work, then you can contact your dealer.

What if There is No Light on the Instrument Panel?

In case there are no lights, the apparent assumption can be that the battery is dead. This can be the reason, but mostly it is usually not the case. Another reason can be, there is no connection between the electrical system of the car and the battery. To fix this problem, you can try tightening the battery terminals. For the dead battery, jump starting can help fix the problem.

What if the Starter Refuses to Crank?

If you try starting your car and nothing happens, it merely means that the engine is not turned over by the starter motor. Although there are several reasons that cause this, a dead battery is the most common cause. What are the other reasons?

The other causes include:

This is not a non-usual problem, and it happens all the time. When you try to start the engine, all you hear from the engine compartment is a single click or repeated clicking, but the engine won’t crank. On many occasions, this is usually due to either a bad connection at the battery terminals or a dying battery. Additionally, when the battery terminals are corroded, it can also lead to such a problem.

Although other probable causes lead to this particular problem, this problem is mainly with the starter that is when it is no enough power to turn over the engine. But before concluding that the starter motor is the issue, first, check whether the battery terminals are not corroded and are clean.

The Engine Won’t Start, but It Cranks

If the engines happen to crank but refuse to start, it is also mainly caused by a weak or dying battery.

Other issues that may lead to this problem include:

The Engine Cranks Very Slow Until It Just Clicks

This also means there is no enough juice in the motor to turn over the engine. To fix the problem, try replacing the old battery with a new one, or jump-starting can also work.

Other issues that can result in this include:

What Should I Do When My Car Doesn’t Start?

If your car doesn’t start, you have nothing to lose by trying to fix it. Most probably, you will not fix the actual problem, but at least by trying, you might get the engine started, which can be of much assistance if you are stranded.

We try to create awareness by coming up with a few guides which include:

In case your car won’t start, cycling & turning the key can help you determine the cause of this failure. How does it help? Firstly, your dome lights must be turned on, then try to start the engine. Note that, when turning on the engine, you have to watch the dome light. Now, if the lights happen to go off, it is an indication that your battery is almost dead. In order to heat the starter, terminals, and battery, try cycling the key repeatedly around ten times. For a period of around five minutes, stop and wait then try to start the engine again.

In case your dome lights had remained when you turned the key, and they won’t start, try something else.

Tapping on the Battery Terminals

It is not unheard of for car engines not starting due to dirty battery terminals. Without proper tools, it is next to impossible to clean corroded battery terminals. But this does not necessarily mean that you should do nothing if that’s the case. In order to make better contact, you can try jarring or moving the battery terminals. You can use the heel of a shoe to smack each individual terminal gently, this will help to rotate the terminals rotate around the battery post slightly. Once you have completed the exercise, you can then try starting the engine. 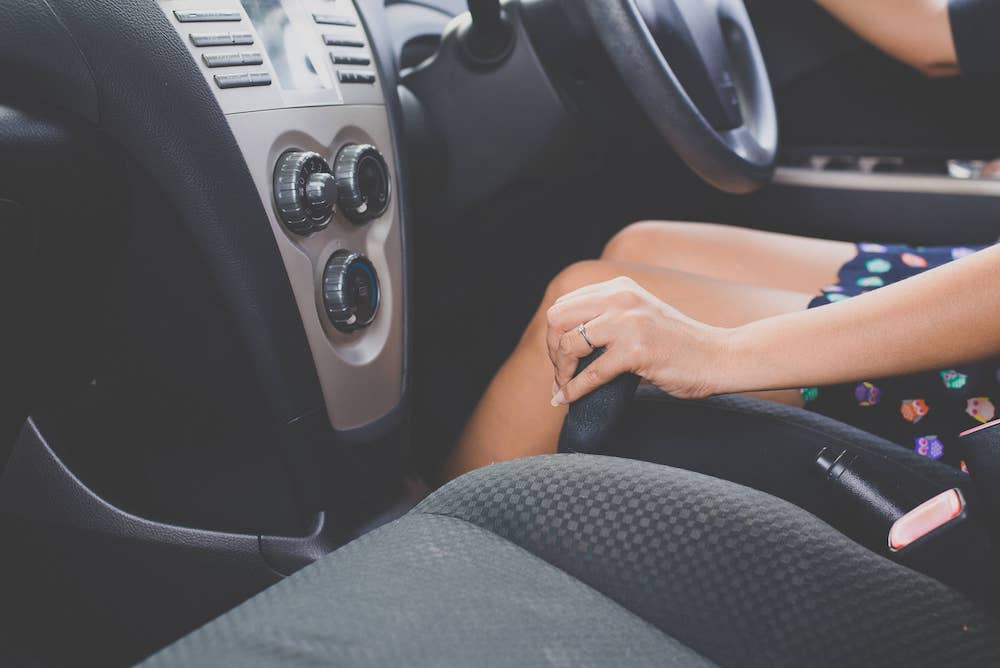 Shifting the Shifter or Gear Stick

If your car does not click when you turn the key, this procedure is specifically for you. How do I go about it? The procedure is quite simple, move the lever (shift lever) to the neutral position with one foot on the brake pedal and try starting the engine. In case the engine still does not start, try moving back the lever to parking and try starting the engine again. These movements of the shifter lever sometimes re-establishes electrical contact inside the neutral safety switches, also referred to as the transmission range selector.

It mostly applies if the engine cranks, but the car still refuses to start up. Here, you turn the key to the position indicated as run, then with your radio turned off, try listening for a buzzing sound. This two-seconds buzzing sound is usually the fuel pump readying the injection system. In case you don’t hear any sound, these often mean that the fuel pump relay is either defected or the pump may be worn out. To correct it, you need to:

Smacking of the Fuel Tank 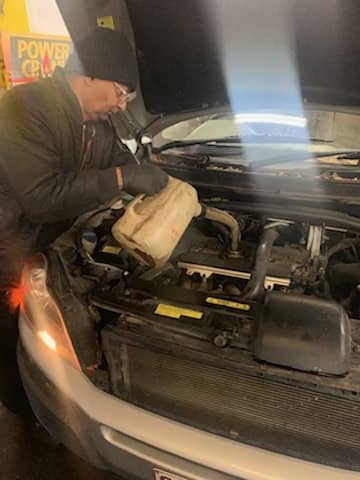 If your car won’t start and you happen to smell gas, in most cases, the engine is usually flooded. To correct it, you press and hold the accelerator pedal while at the same time cranking the engine.

Car engines can fail to start if they are cold. A cold engine can be due to lean fuel or air mixture resulting from a funky temperature sensor or a vacuum leak. Tricking the computer is not an actual trick but instead telling the computer to inject more fuel. How is the computer shown to add more fuel? It is quite simple, by pressing the accelerator pedal halfway and then staring the engine.

Although car problems are a collective experience, it is not bad, or you should not shy off from asking for professional assistance if you are unable to take care of the problem.

From time to time, it is essential to service your car to avoid some minor complications.